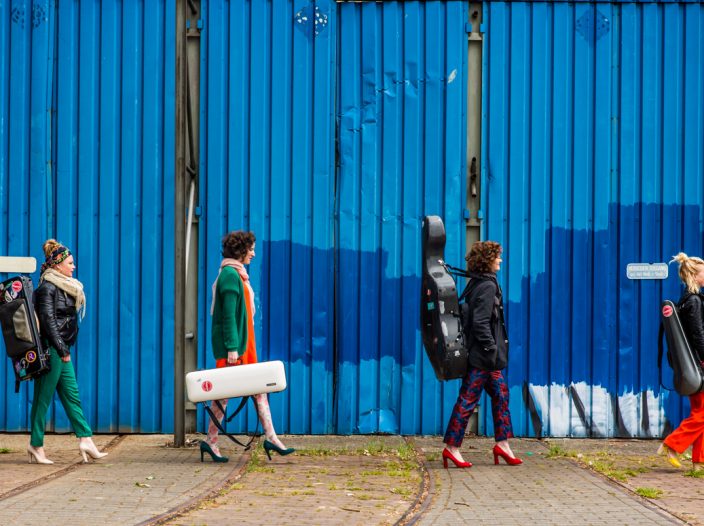 Ragazze Quartet brings the skyscrapers of New York to the concert hall.

They play a concert surrounded by a decor of photos showing the stories of three composers with an American story. Dvořák, the fortune hunter, Adams, crossing the continent in search of inspiration. And Bartók, the refugee. It is called the land of infinite possibilities: the United States of America. But is it really? Both Béla Bartók and Antonín Dvořák could not find happiness there, despite their fame overseas.

Fellow Travelers is a concert with music by the American ‘minimal’ composer John Adams, and the previously named Dvořák and Bartók, who both travelled to New York and wrote a few of their masterpieces there.