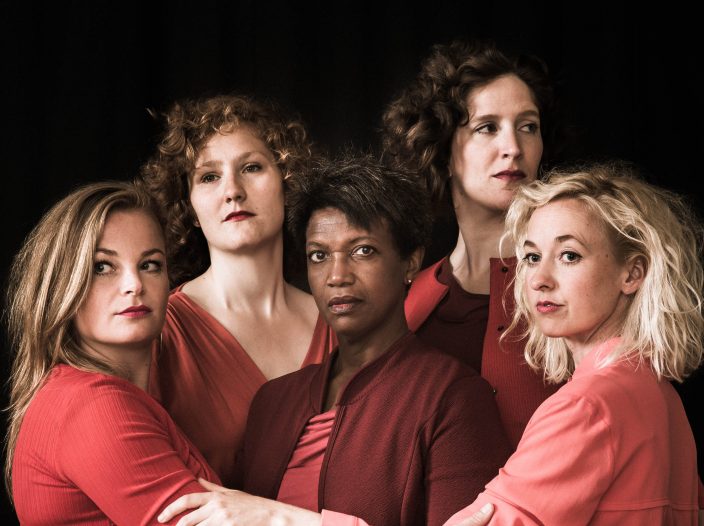 Love letters are not about love; they are about the impossibility of it. About suspension,
disappointment, imagination, memory, hope…

The Ragazze Quartet enters into a liaison with soprano Claron McFadden. Intimate Letters is a theatrical concert around two compositions that are centered around love letters: Janaček’s second string quartet (titled ‘Intimate Letters’) and the song cycle’ The Juliet Letters’ by Elvis Costello and the Brodsky Quartet.  Intimate Letters connects both works in one theatrical programme about a form of love that can’t or shouldn’t become physical and that seems to draw its force from the distance between the lovers.  The interaction between the five female musicians on stage –with each other and with the music- slowly becomes a mirror image of the growing tensions and complexities in a romanic relationship that rises and falls in letters and messages.