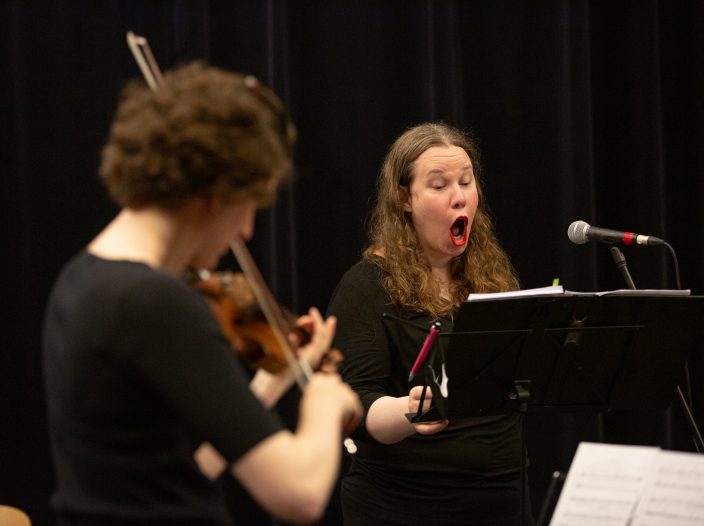 From 2023 Ragazze Quartet will share the stage with transgender opera singer Lucia Lucas ánd looping stations. The chamber opera will be directed by Jorinde Keesmaat.

The World’s Wife, a collection of poems by Carol Ann Duffy (Poet Laureate of the United Kingdom), reflects on stories, historical events and myths about famous men, told from the perspective of the woman behind the man. For his compositions, Tom Green uses some of these poems and musical material from female composers that are unfairly ignored, such as Clara Schumann and Barbara Strozzi. In The World’s Wife, eleven female protagonists are given a musical voice and enter into dialogue with each other.

Rising star Lucia Lucas embodies all characters with her hero baritone and high head voice. When she sings, is it the woman we hear, or rather the man speaking through the woman?