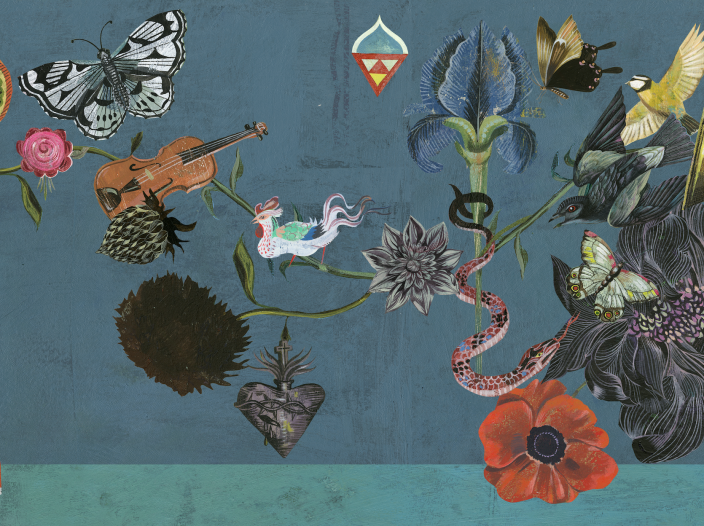 The cycle of six string quartets by Bartók recorded

Five years ago, we declared ourselves Bartók Bound. In so doing, we committed our­ selves for an unlimited period to the fascinating music of an assiduous and headstrong Hungarian.

Béla Bartók is the composer who, in search of a new sound, sustained German romanticism while embracing the new concepts and styles emerging across Europe. Who, through his study of the folk music of nearly all countries in the Carpathian Basin – and later Turkey and North Africa too – incorporated its melodies in his work. Thus, Bartók sought to draw nearer to his ideal: the brotherhood of men.

Over the course of the past five years, we compiled a number of programmes featuring at least one of Bartók’s string quartets. We placed his music alongside other composers who migrated to America in ‘Fellow Travellers’, we performed folklore from all over the world in ‘Etnos’, and we focussed on the twenties of the previous century and our own in ‘Roaring and Flirting’. Our Bartók Pub Quiz drew the audience into his life and work, while for children we created the production ‘Be Coloured!.

But the nucleus of Bartók Bound remained the same: the study and performance of all six quartets and their registration on CD. Bartók makes extreme demands on the player: staggering technique, rhythmic precision, and great dedication and single­ mindedness in order to communicate his music to the listener. It gives enormous satisfaction to assimilate his self­created universe, to plumb the very depths of his musical language. The two volumes of Bartók Bound ­ with String Quartets Nos. 1-6  and the podcast (in Dutch) about our years with Bartók­ presents the fruits of this process.

Has this now come to an end? Not as far as we are concerned. The significance of these six works for the development of the string quartet in the twentieth century is inestimable. The music is so rich and challenging, so indescribably beautiful and thrilling, that we can go on playing it for years to come. And we consider it proven that one can do justice to Bartók’s music in many different ways ­ a conviction that we wish to continue to promote

Programs under Bartók Bound
Fellow Travelers
Etnos
Roaring and Flirting
Bartók Pubquiz
Bartók Bound Podcast
Be Coloured! (4+)
In reviewing the first volume of Bartók quartets featuring these Dutch-based players I affirmed that ‘the Ragazze Quartet certainly cut the mustard. If Vol. 2 is as good as this, there’ll be cause to celebrate’ (7/19). Happily, I can suggest you raise a glass to this second volume, which is, if anything, even finer than the first.
Gramophone
A first-class recording complements the unerring Bartókian instincts of the Ragazze.
The Strad
The Dutch Ragazze Quartet knows how to handle Bartók: from blushing red to icey and sad.
De Volkskrant 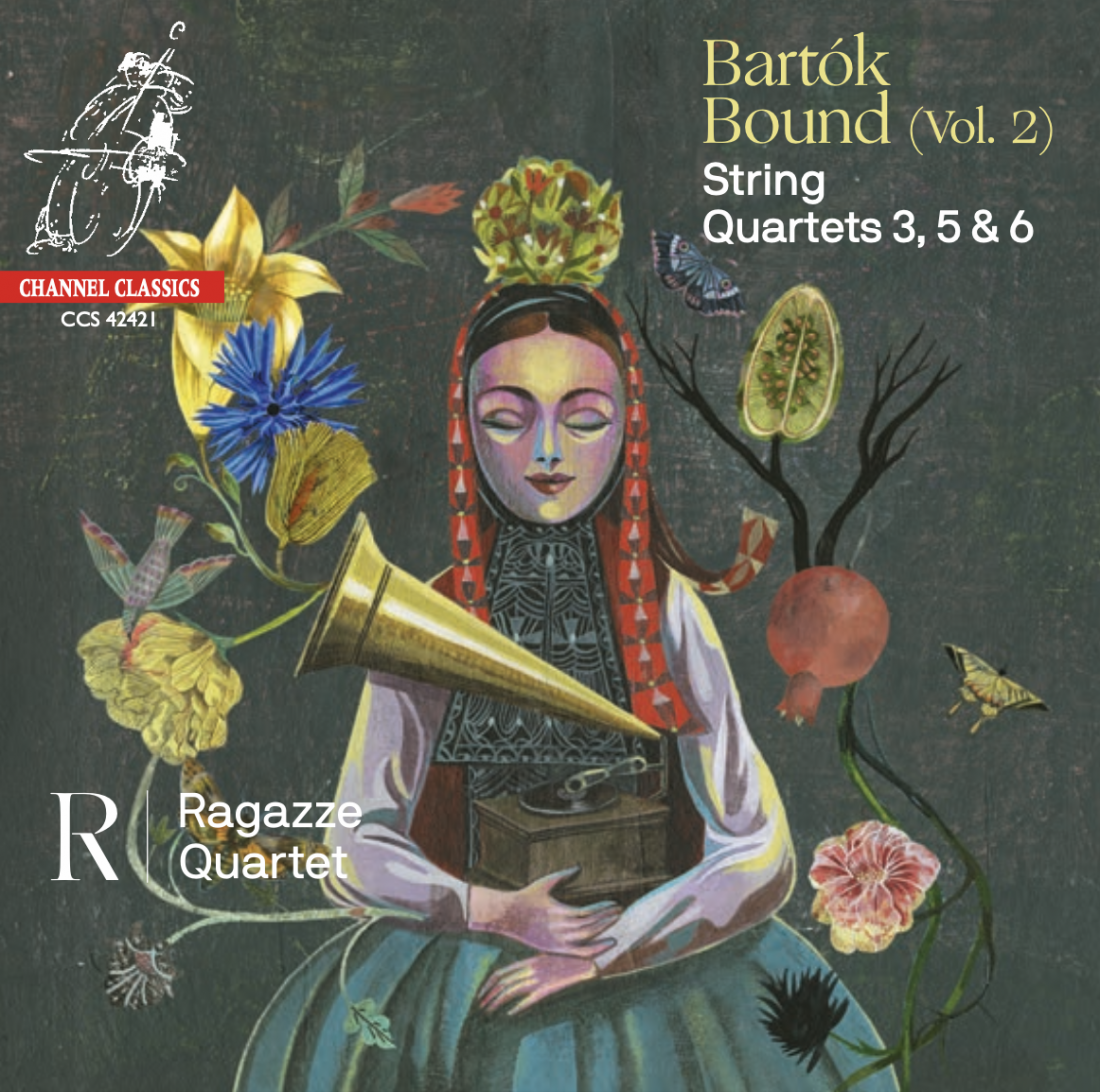 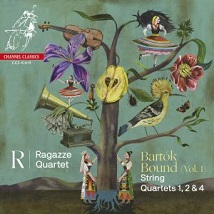